My husband being totally sweet and charming in support of my book!

Posted by Claire at 6:03 PM No comments:

What inspires you? For me, inspiration is the dark of night, the silence of the house, and the wee hours when the phone never rings. I keep motherly vigil till I can lull the new idea to sleep and tuck him into a Word Document. That's how Saint Sullivan's Daughter came into being. Melatonin anyone? It will be the morning caffeine that will do me in, but how else to function after such a night?

The pheromones of a new place whet my appetite, when my eyes are innocent and unsated, and suddenly I'm in love and young again. A trap door opens atop my head and, if I'm lucky, a story sneaks in. Throughout the workday the story haunts me, and whispers in my ear as I stir the soup at dinner time.  When at last I pull the blanket up to my chin, the story awakens me.

Sometimes, rarely, the morning after dreams have done their stirring, inspiration might emerge bright-eyed and bushy-tailed--a squirrel in a chef's hat, brandishing a wooden spoon, ready to cook me up a plot.

If the night would just let me sleep, I might meet this squirrely creature more often, and take down her words verbatim. Until then, I depend on the owl's slower storytelling. 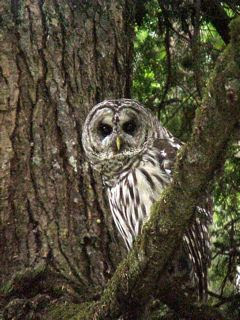 Posted by Claire at 5:00 PM No comments: 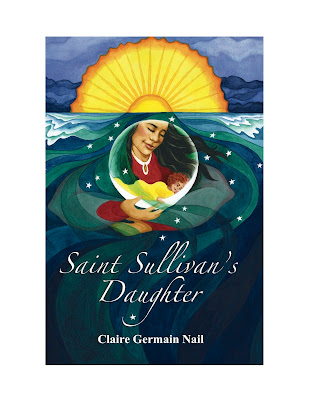 On a one-time trial basis, F+W Media (a buyers catalog) is providing website space to showcase a catalog of Abbott Press titles. Abbott Press has chosen Saint Sullivan's Daughter along with only 33 other titles from it's corral of hundreds of books. There are ways my readers can widen this opportunity.

I'm sending them information for the F-W Media catalog which, among other things, includes links to this blog, the book's facebook page, etc.  Books that have social media interest are books that catch the attention of buyers.

Something exciting could be happening for Saint Sullivan's Daughter, thanks to Abbott Press believing it is quality. Will you join in the fun? Please, invite more followers for the blog (I promise I'll post more if I get more followers). Share this blog with your friends, and recommend Saint Sullivan's Daughter's page on Facebook. Also, it would be great, if you're on facebook to friend my personal page there.

Thank you so much, friends!

Children know what's going on with their parents; it's just that they can't understand what they know. We affect them with our unhappiness. If only we can be happy and whole--our children can be free to relax and enjoy the wonder of childhood, their freedom and innocence intact.  If only we would devote ourselves to wholeness for ourselves and our children. Below you'll find an exerpt from Saint Sullivan's Daughter, a novel full of a child who longs for happiness and wholeness--and her parents: one who makes the choice for happiness, the other...well...read the book and find out! 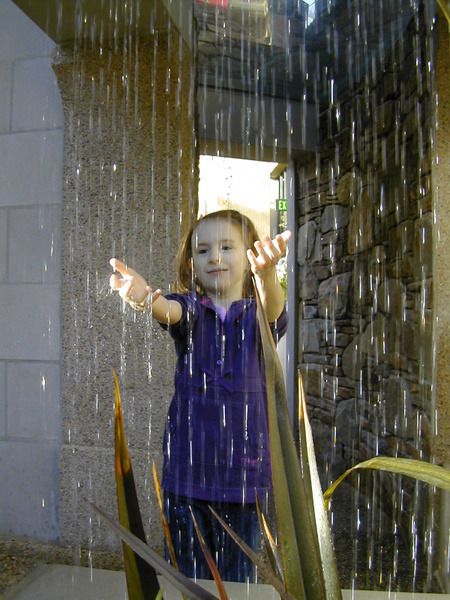 When Ceci was still five, magic leaked out of the sky, not really like rain, but just as quiet and regular. Nobody was there to help her catch it. So Ceci ran into the house to tell Mama and Daddy, “It’s raining and the sun is shining! Come see!”

They were fighting about something, so they shooed her outside. That’s why Ceci had stood out in the rain, the shining drops drenching her hair, tears stinging her cheeks. If Mama or Daddy had come out to see that shiny rain, things might have been completely different. Maybe they could have been happy.

Posted by Claire at 5:30 PM No comments: 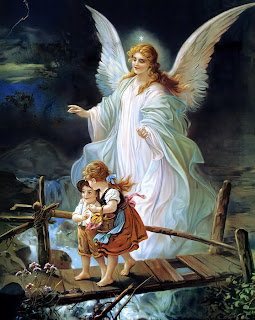 In the following passage, the elderly curandera Rafaela meets with Barry Sullivan in a barrio tavern.  He is just beginning to face difficult choices ahead. She speaks of parents as the bridge from heaven to earth-- a sentimental, yet powerful picture of the vulnerability of children in the world. Adults must stand on this bridge between heaven and earth as the Guardians of childhood.
“You might be done with the saints, but they aren’t done with you. They yearn for you to wake up to your responsibility. You wait on a bridge between heaven and everything else—spanning dangerous waters. Like the guardian angel.”
The room chilled around Barry, as he remembered the picture Ma gave Ceci.
“From the moment of conception, Barry, our purpose is to guard our children from harm. Every parent is to be a bridge between heaven and earth. A child only knows heaven. Crossing into the world with all its trouble, the child is in peril. The parent is like that guardian angel, offering a hand to guide the child over the broken places. Our love makes it up to them for having to leave heaven.”
“How—how can a lousy, no-good man do the work of an angel?”
“Full intention, Barry, that’s what it takes. You can’t be a parent part-time.”
“That’s the same axe Carmen grinds. Listen, I have to work, Rafaela!”
“Everyone works, but not so far from their children. Until Cecilita is stronger she needs you close by.” She tapped her heart. “Right here! Later, she will be strong enough for you to go sometimes. Please stay with her now, amigo. Care for your daughter. Help her heal. . .not from a distance, but close up!”
Saint Sullivan's Daughter is available from the Abbott Press Bookstore and other online vendors.
Posted by Claire at 5:30 PM 1 comment: 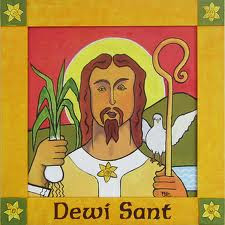 Saint David (Dewi Sant) is the Patron Saint of Wales. March first begins a celebration that lasts through the weekend in that misty, musical land. On Saint David's Day, Welsh people will don traditional costumes, carry bouquets of leeks and daffodils, and congregate for celebrations of poetry and song called eisteddfodau. The Welsh everywhere will honor Dewi Sant with poetry and song, even in Los Angeles, California, near the barrio where Saint  Sullivan's Daughter takes place. If you see anyone wearing a daffodil or leek on their lapel today, chances are they're Welsh, no matter where in the world they're wandering.


We proudly call our American culture a melting pot. One theme of Saint Sullivan's Daughter is how this cultural melange is a positive and negative aspect of growing up in a melting pot. Positive, because we have so much to celebrate -- and negative because we come to mistrust our own cultures of origin while trying to assimilate. A mixed-ethnic American can feel rootless. We are wise to create new, common American traditions, like Read Across America Day, which is today, March first, this year!

I began celebrating Read Across America Day this week by reading to a group at Springwater Presbyterian Church way out in Estacada, Oregon.  Women had gathered to knit together, and greeted me enthusiatically, showing me their lovely projects. I read passages from Saint Sullivan's Daughter and even sold a book to lovely Wilma. I hadn't planned it as a selling day, so that was a perk. Celebrate Read Across America with me by buying a book at an independent bookstore, rather than a big corporate bookseller, and read it to yourself or a child. You might even give a friend a book today.

A personal holiday I'll be celebrating is our thirty-eighth anniversary. James Nail and I were married, in America, on March first, nineteen hundred and seventy-five. A very good reason to wear a daffodil, but not a leek. I prefer leeks in soup.
Posted by Claire at 7:00 PM No comments:

Getting the Word Out Into the World 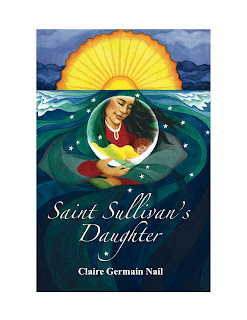 Dear Friends,
If you have enjoyed reading Saint Sullivan's Daughter and want to help me get this story out into the world, I have two suggestions. How about hosting a home reading and invite some friends you think would like the book? Or how about recommending the book to a friend?

I would greatly appreciate if you would tell them about Saint Sullivan's Daughter, and direct people to Abbott Press Bookstore where my book is for sale. It's also available on Amazon.com, which most people can find without a link.

Through you, I can reach people who I never would otherwise! It's as simple as sharing a link on facebook, and sharing a few words about how you loved the story. It's as easy as stopping to write a review on Amazon and telling your friends to check out what you wrote. And it can be easy to host a reading, too.

It's much easier to host a reading than giving a party, but its just as fun. If you tell me how many are coming, I'll bring enough light snacks for everyone. All you have to do is invite the guests, greet them in your home, put on some hot water and supplies for tea and/or coffee, and sit down to enjoy the evening with friends. You and your friends will hear some special passages of the book read by me, and ask me questions. They can decide whether to purchase a custom autographed copy directly from me, without pressure. I promise. Even if no one purchases a book, each reading is a practice for me, and I consider giving readings a part of being a published author.

This is a wonderful way to support an independent publishing venture, and enjoy gathering with you friends for a literary evening or afternoon. Please, give me a call and we can set up a date together.

Posted by Claire at 6:52 PM No comments: